Buy now and get it 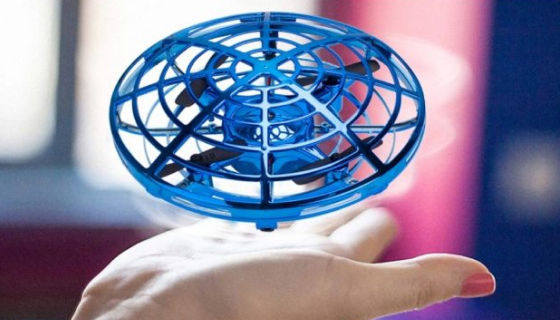 Let’s take flight
We may not be able to see UFOs, but we can make believe with a toy that can fly at your command. Our Gravity-Defying Flying UFO Toy flies high when it’s time to have fun. Ready for fun? Simply turn on the power button, toss this UFO into the air, and watch it hover around you. You can also control it with your hands to make it fly in multiple directions — it’s perfect for impressing friends and family or self-entertainment.
It’s smart (like out-of-this-world smart)
Guided by an ultra-smart infrared sensor, this toy follows you and flies with a mind of its own. Just turn it on and drop (or toss) it into the air and watch it go. Gesture it to go forwards, backwards, or upwards with the signal of a hand -- no controllers required -- for 360-degree rotation. Plus, the built-in infrared sensor utilizes hover technology so that the UFO can detect nearby objects so it won’t crash into any valuables, walls, or people. 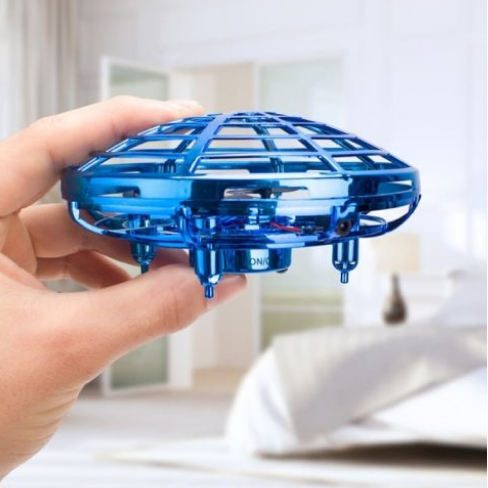 High-flying fun that’s safe
Aside from its ultra-sharp sensor, the Gravity-Defying Flying UFO Toy also features a flexible mesh barrier for its propeller, meaning you’ll be able to move or hold the toy in your hand without fear of getting cut or hurt. Constructed from ABS plastic, the toy is also non-toxic. 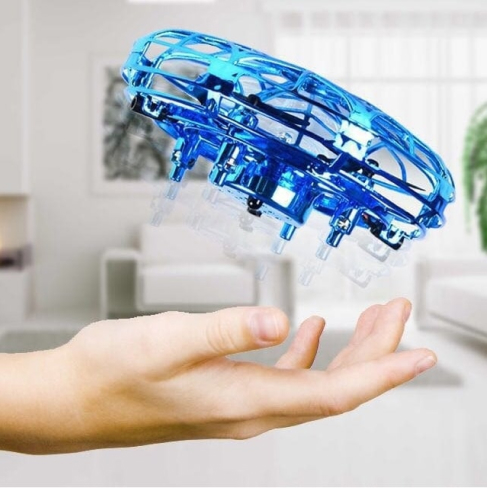 Lights up the night
Built-in LED lights help illuminate the night sky or a dark room. Choose from red, blue, or gold finish for your UFO, purchase, and get ready to command your own spacecraft! 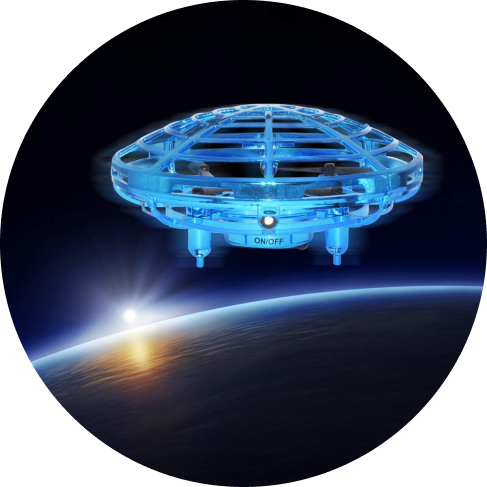 USB chargeable
Charge up this lithium battery-powered toy with a USB cord (included with purchase). The UFO fully charges in 35 minutes for eight-ten minutes of uninterrupted flying time.
Go near or far
The UFO’s sensor detects up to 33 feet (10 meters) for commands up close or from a distance. 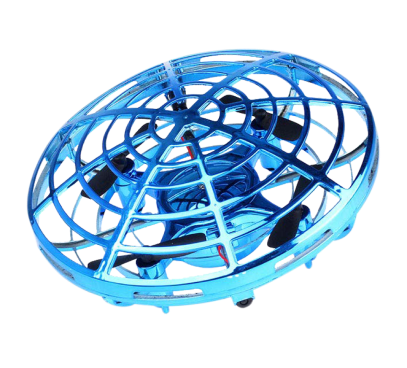 Fun for anyone
Suitable for kids as young as five years old, this out-of-this-universe toy will impress and delight children big and small. Adults will love it too! 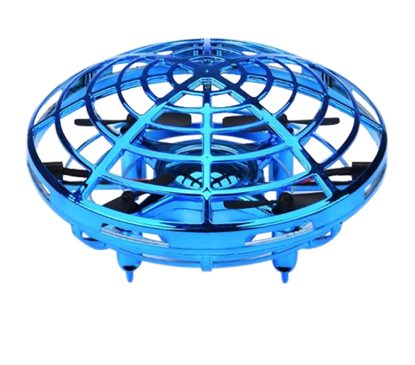 All orders are processed within 1-3 business days. Orders are not shipped or delivered on weekends or holidays.

If we are experiencing a high volume of orders, shipments may be delayed by a few days. Please allow additional days in transit for delivery. If there will be a significant delay in shipment of your order, we will contact you via email or telephone.

Shipping charges for your order will be calculated and displayed at checkout.

You will receive a Shipment Confirmation email once your order has shipped containing your tracking number(s). The tracking number will be active within 24 hours.

We are not responsible for any customs and taxes applied to your order. All fees imposed during or after shipping are the responsibility of the customer (tariffs, taxes, etc.).

Please inspect your order upon reception and contact us immediately if the item is defective, damaged or if you receive the wrong item, so that we can evaluate the issue and make it right.

We guarantee that your baby will love this, or you have 30 days to get your money back.